Hope your holidays were fantastic and that you’ve started 2015 well and in a positive frame of mind!

Lots of exciting news to report. 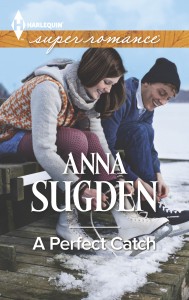 First, not long now until A Perfect Catch hits the shelves. Those of you who have been waiting for Ike and Tracy’s story will finally be able to read their story. I was thrilled to receive 4 stars from RT Book Reviews for A Perfect Catch.

“A PERFECT CATCH (4) by Anna Sugden: After pro hockey player Ike Jelinek gets injured on the ice, he hires Tracy Hayden’s company to help set things up for his recovery at home. Unfortunately, Tracy and Ike have a past neither one can seem to get over. While the two are still wildly attracted to one another, their disagreement over what their relationship should be is what keeps them apart. But when Ike asks Tracy to go a professional step beyond and help him find his perfect match, he soon realizes that Tracy is the only one for him. Sugden’s novel is fun, in spite of Ike sustaining an injury. The quirky, fun hockey players add lots of color to the story and the chemistry between Ike and Tracy is seriously hot. 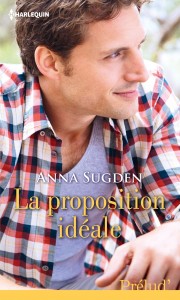 Second, Harlequin France is bringing out the second New Jersey Ice Cats book, A Perfect Trade, in French! La proposition idéale will be out in February! Even more exciting news is that I will be in Paris on February 7th for a book signing that had been organised by the wonderful Les Romantiques. 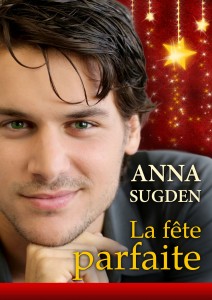 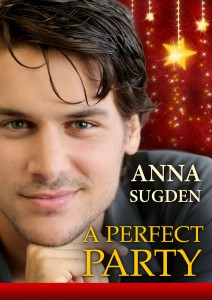 Third, later in the month I will putting up a free read for you to download – A Perfect Party! Many thanks to all of you who told me how much you enjoyed A Perfect Party – the New Jersey Ice Cats micro-story that appeared in the free anthology Tiny Treats: A Holiday Collection. I’ll also be putting together a give-away booklet of the story, so stay tuned. At the same time, I hope to have a French version available as well.

Can’t wait until February to get your next fix of the New Jersey Ice Cats? Want some bite-sized romances to read over the busy holiday period? 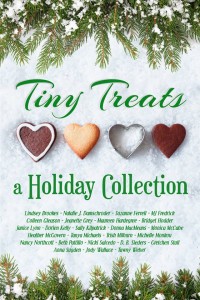 You’ll be pleased to know that there is a great, FREE (yes, free!) collection of 25 holiday-themed, romance micro-stories available now!

As well as an exclusive New Jersey Ice Cats story, A Perfect Party, written especially for this collection, there are also contemporary, historical and paranormal stories by 24 other fabulous award-winning and bestselling authors.

Ice Cats defenseman, Taylor ‘Mad Dog’ Madden wants more than friendship from Lizzie Martin. Much more. So when a Christmas party provides the chance to kick their relationship up a gear, should he take it or will he lose her completely? 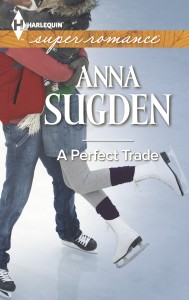 What’s better on a lovely summer’s evening than a decadent dessert that includes chocolate-covered strawberries and takes a couple of minutes to make?! In A Perfect Trade, Jenny makes her signature dessert — her special version of an English dessert called Eton Mess (which she picked up from reading her beloved, imported celebrity magazines!).

Several readers have asked if I’ll post the recipe for Jenny’s Eton Mess, so here it is!

NB: If you don’t have chocolate-covered strawberries, you can use fresh strawberries and add broken up pieces of chocolate or chocolate sauce to the mix.

1lb of fresh, chocolate-covered or chocolate-dipped strawberries, hulled and cut into quarters

Get a large glass bowl or serving dish. Drop in the cut chocolate-covered strawberries and broken meringue and mix.

Sprinkle grated chocolate over the top.

I’m so excited! As part of the launch for A Perfect Trade, I’m doing a special Book Blast Tour. I’m giving away heaps of prizes and you have the unique opportunity to read the first chapter for free!

How does this work?

Simple. To read Chapter 1 for free: Follow the trail of A Perfect Trade excerpts, by visiting the blog sites listed below in order. Each site has a unique excerpt. You can also find the order of sites listed here at Goddess Fish Promotions.

1: Queen of All She Reads

9: Books and Other Spells

15: Straight from the Library

Please also stop by these sites who are supporting the tour!

8: Books to Light Your Fire

What about the prizes?

One randomly drawn winner, via Rafflecopter, will receive a $15 Amazon gift card!

Thank you so much to all the wonderful hostesses who are taking part and supporting my book launch!

** Update – Yes, launch day is here! A Perfect Trade is on the shelves and, hopefully, hitting your ereaders too!

July 1st – The Romance Dish and Get Lost in a Story

July 7th – Exclusive Excerpt Tour – by following the tour in the order on the Goddess Fish website, you can read the whole first chapter!

Want a chance to win a copy of A Perfect Trade? I’m giving away FIVE (5) copies on Goodreads! #goodreadsgiveaway

See the giveaway details
at Goodreads.

I’m delighted to be able to reveal the cover for the second book in my New Jersey Ice Cats series – A Perfect Trade! Isn’t it gorgeous?

This is Tru and Jenny’s story and it will be available in July 2014. For more information and pre-order links, check out the Books page.

It’s been a great week!

First, some more lovely reviews for A Perfect Distraction – thank you so much to all the readers who took time to post reviews!

Second, A Perfect Distraction is a finalist in the prestigious Gayle Wilson Award of Excellence – many thanks to the Southern Magic chapter of Romance Writers of America!

Last, but definitely not least, I can reveal the blurb for A Perfect Trade! Check it out on my Books page. Don’t forget that you can find the pre-order links there too.

I’ve been asked to provide easy pre-order links for my upcoming releases. Here they are:

2014 is off to a great start, with the news that A Perfect Distraction will be released in France, in April, as Le Feu Sous La Glace! It’s already up for sale on Amazon France, though there isn’t a cover image yet. As soon as I have a cover, I’ll post it here.

That’s not all! A Perfect Trade, book 2 in the New Jersey Ice Cats series, has been confirmed as a July 2014 release!